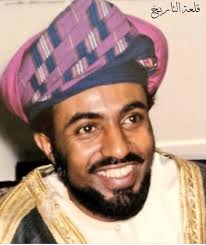 </center
This award handing ceremony took place under the aegis and support of the Kefayah Bint Al Rasiya, who is Sultanate’s official ambassador to Spain.

This was the 8th edition of award handing over ceremony which was carried through a vessel from Denmark and this is awarded because of the efforts and programs which are carried out by the crew of the vessel as they address a lot of youths who are going through some serious legal and social problems which are commonplace in the contemporary era. And this is given to them as a token of respect for their work but this gesture which was initiated to encourage the sailors had left a great impact on their life and they are very much influenced by this award and the impact is so deep-rooted that some of the sailors have started giving training to the youths through their boats.

The SQS Award is represented by the Ministry of Defence in coalition with the STI (Sail Training International). This award was first represented in Norway in the year 2011 by the order of His Majesty. This award is the most prestigious award in the sailing world and has been adjudged as the award of highest honor. It is not only awarded to organizations but also to individuals and vessels which give sailing training. And for attending the training the youth are also given a stipend to provide them with some sort of financial support. The award ceremony was attended by some of the prominent leaders and high officials of the country.